According to a recent survey, only 32 percent of people said they WERE NOT planning on making New Year’s resolutions. Are you one of them, my fellow empty nester?

2018 is a new year. And each year presents us with a psychological new ‘start’. As an empty nester (or almost empty nester), you could also be familiar with this feeling of a new start. A change in life, whether it is a new year or a new life phase without children in the house, provides a great opportunity to redefine yourself and your life.

It might be to your advantage to use the New Year as a catalyst for change. Let’s explore what seem to be the biggest changes that people are trying to achieve with their new year’s resolutions.

According to recent surveys, there are several goals that tend to rise above the rest. These top goals include:

Women are the Better Goal Setters

And the numbers indicate that these goals are being set more by women than men. Women show more intent to improve themselves than men.

Come on, guys!?! Where is your motivation? Is this possibly why census numbers show that women live longer? Are women just motivated to ‘go that extra mile’?

We want to hear from the guys out there.

How to Improve Your Chance of Success with Your Goals

1. Break Your Goal into Manageable Steps

The most often quoted recommendation for goal achievement is to approach the goal in ‘phases’ or ‘steps’. No one starts a running program by trying to complete a marathon. It would be wise to start with smaller incremental runs, that increases in length and intensity over time.

The same would be true of any new goal or habit – especially for an empty nester who has formed many habits for a different lifestyle in the past.

Even if you want to lose those 20 lbs by the beach season, it’s more realistic to look at the goal over six months rather than in 1-2 months.

The bottom line, increase your chance of success with your resolutions by breaking the goal into manageable steps. 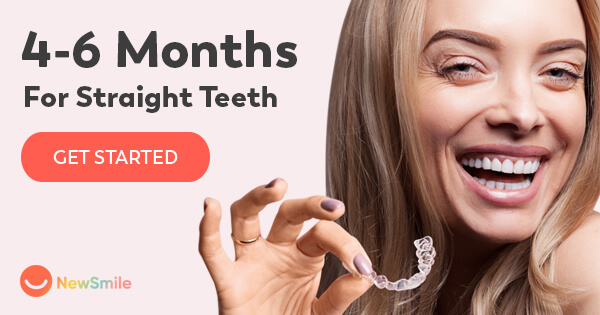 He described his method thus – He put a big calendar on the wall. And every day that he wrote jokes, he would put a big X on that day on the calendar. He said, “After a few days you’ll have a chain (of red x’s). Just keep at it and the chain will grow longer every day. You’ll like seeing that chain, especially when you get a few weeks under your belt. Your only job next is to not break the chain.”

This daily action (whether small or big) builds habits over time. When the action becomes a habit, it becomes a permanent part of your life.

What is your resolution for 2018? Exercise, eating better, writing? Whatever it is, set up a calendar to convert your goal into a habit, and that habit into a life transformation.

Pick Your Goal – But Stick with it

So, your personal motivation may not be one of these top goals, listed at the top of the article. Here is a complete list of goals from the survey. Can you find one or more that you can get motivated by in 2018? If so, set yourself up with small, incremental steps that you can repeat over and over until it becomes a life-changing habit. Let’s go, empty nester! So, the kids are grown and gone. And you find yourself in a big, empty house all alone, possibly with your spouse and a pet or two. You are now an Empty Nester. But you don’t need to suffer from the typical empty nest syndrome. Even though you may feel alone in that big house,… The term – “active adult community” typically describes a community designed for residents aged 55 and older. These communities may have been conceptualized 30 years ago as retirement communities for “active retirees,” but today they are more likely to be full of adults, younger and older – both singles and couples – many who still work part- and even full-time. Attention to those over 50 – If you’re tired of going to the movies by yourself, or you’ve given up on meeting the “perfect companion” in the produce aisle, it may be time to take the plunge into online dating. Online dating has actually turned out to be a great option for finding companionship after… The Empty Nest Syndrome (ENS) refers to the feelings of melancholy and loneliness that parents experience after their children leave home to pursue independent living. It’s a time of transition for both parents and children, as their lives change forever. But experts say that empty nest syndrome does not have to be a time of… Tax filing season is upon us (as of this publishing date), and we may not be focused on our long-term goals until our filing is completed. But, once tax season is behind you, ignore these retirement financial pitfalls during the coming year at your peril. ﻿ As this video from MarketWatch points out, the retirement landscape…

We use cookies on our website to give you the most relevant experience by remembering your preferences and repeat visits. By clicking “Accept”, you consent to the use of ALL the cookies.
Do not sell my personal information.
Cookie SettingsAccept
Manage consent

This website uses cookies to improve your experience while you navigate through the website. Out of these, the cookies that are categorized as necessary are stored on your browser as they are essential for the working of basic functionalities of the website. We also use third-party cookies that help us analyze and understand how you use this website. These cookies will be stored in your browser only with your consent. You also have the option to opt-out of these cookies. But opting out of some of these cookies may affect your browsing experience.
Necessary Always Enabled
Necessary cookies are absolutely essential for the website to function properly. These cookies ensure basic functionalities and security features of the website, anonymously.
Functional
Functional cookies help to perform certain functionalities like sharing the content of the website on social media platforms, collect feedbacks, and other third-party features.
Performance
Performance cookies are used to understand and analyze the key performance indexes of the website which helps in delivering a better user experience for the visitors.
Analytics
Analytical cookies are used to understand how visitors interact with the website. These cookies help provide information on metrics the number of visitors, bounce rate, traffic source, etc.
Advertisement
Advertisement cookies are used to provide visitors with relevant ads and marketing campaigns. These cookies track visitors across websites and collect information to provide customized ads.
Others
Other uncategorized cookies are those that are being analyzed and have not been classified into a category as yet.
SAVE & ACCEPT